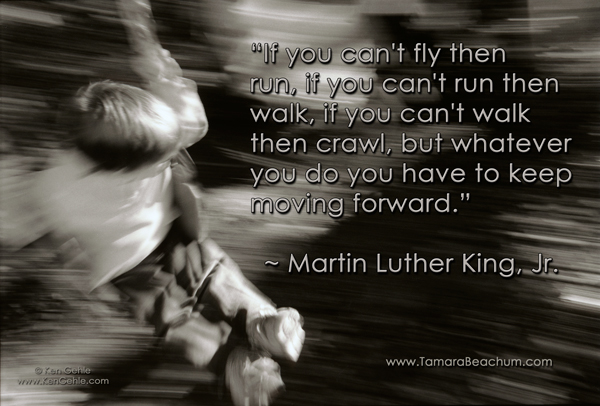 My husband died on Martin Luther King, Jr. Day in 2010. Years like this I live through the day twice, once on the eighteenth and again on MLK day. This year was the fifth anniversary of his death. I wanted to write about it - to process all that I was feeling - for a week before and for days after. But the words wouldn’t come. I took a stroll through some of the images of our children that he has taken over the years. This one of our son flying through the air struck me and called to mind a quote I have referred to quote often.

Sometimes I crawl but always I keep moving forward.