Five Minutes of the Old Me 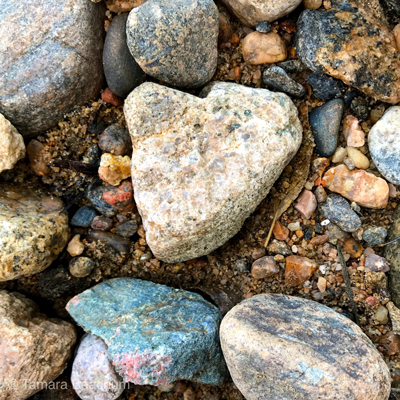 Well, that was a tangled mess. Somehow I’d managed to get my fishing line wrapped around itself in a knot that reminded me of the tangles I used to get in my hair as a child. I sat down on the bank with our fly fishing guide as he cut line and retied flies. Watching him use the clamp and clippers dangling from his vest, I had a flash of memory of watching Ken in similar motion.

“You have two kids?” I asked, suddenly thinking about fathers.

“Two boys, 19 months and 5 weeks.” The second son had been injured during childbirth. Nothing too serious but painful for the little guy. We talked about nursing; it’s the only thing that soothes him. His wife has struggled more with the demands after this birth. I told him about my own nursing experience as a new mom and the time the young man fishing downstream seemed to have turned me into his own personal pacifier. How hard it was and how important at the same time.

“Sometimes you feel like you just need five minutes of the old you,” I said.

“I can understand that,” he replied.

His wife had agreed that he needed some time to go fishing when she was safely harbored in the hospital. He took an hour and caught 30 fish in that same spot. He was fully himself in that moment.

My son created his own tangle so the guide left me holding my partially repaired line and went to help him. Our conversation had given me a glimpse back to that early life when the kids were babies and Ken and I were just starting out. Five minutes of the old me.

Taking up this activity of fly fishing that was only Ken’s made me nostalgic. He has been on my mind quite a bit as I prepare myself to have his doppelgänger move off to the land of fly-fishing far from home. I studied the tiny fly the guide had asked me to hold and noticed, just beyond it, a heart-shaped rock on the bank of the Big Thompson River. He’s here, even when he’s not here.

“You always seem to find heart-shaped rocks,” my son marveled when I showed it to him later. “It’s as if they are pointed out to me,” I smiled.

My son and I have been fishing several times this summer. It’s something I did as a child with my grandfather and has given me that five minutes of the old me with Papa by my side too. I miss that time with him and I’m grateful for whatever synapses connected to bring those images back to me so vividly.

One day I’ll reflect on these moments I’m living right now. I don’t know what it is that will remind me as I sit here but something will lead me to the five minutes we have just created. The parent I am right now and the young adult about to strike out on his own will be the central characters in that memory. I imagine I will be grateful and a little wistful, living both feelings together, and happy for the glimpse.