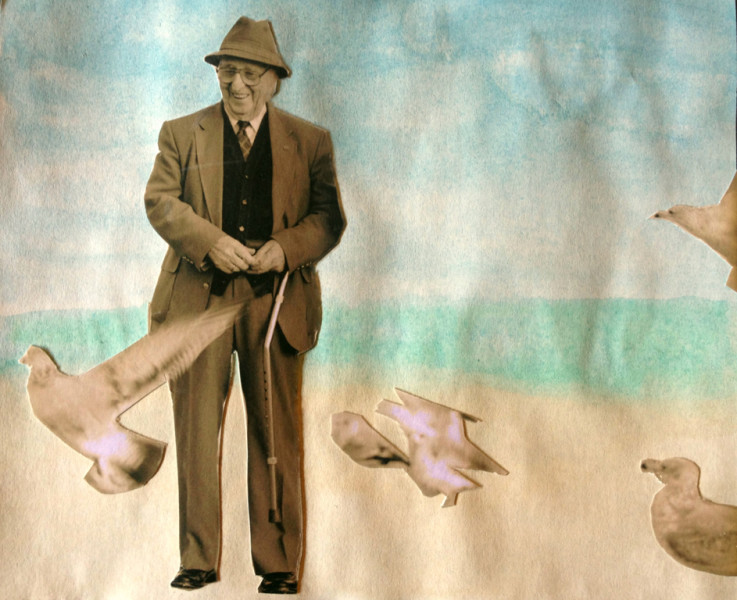 He wore a suit and hat. Always. My Papa was a Banker living in a city of flip flops, bathing suits, cotton candy, Ferris wheels and changing tides. He appeared a little incongruous in his environment. The man mowing the lawn in suit pants, sleeves of his sky blue dress shirt rolled up to the elbow. Wingtips on the beach.

He wanted to be an artist but came of age during the Great Depression. There was no money to continue college let alone lead the life of an artist. It was not a sensible choice. He worked, married, had a child, and moved to the coastal town that still feels like home to me two generations later. He saw a need and worked to fill it. His family grew.

The painter he had been at fourteen receded. I might have caught a glimpse of him occasionally when Papa paused in the hall next to a painting he had created a lifetime before. Yet I never had the sense that he regretted his career. He built something useful, creating it from the ground up. He was quite captivated by the people he helped in their own creation stories and even those he couldn’t help but who succeeded anyway. He spoke of them with pride and respect.

Over a well-lived life the young watercolorist learned his own form of expression. He created with a different medium. 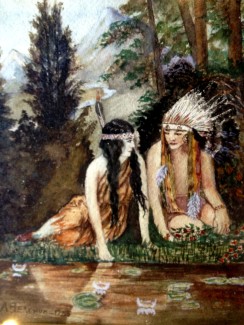 I’m taking an online art class offered by Penn State and this week’s assignment was Mail Art. We were charged with recalling a memory and documenting it by making both envelope and postcard insert that could be sent through the mail to someone. I tried my hand at a little bit of watercolor and collage using a photograph of my grandfather in full business attire feeding seagulls on the beach. This is the way I remember him.

Through this piece I tell a small part of the story of my grandfather’s life and how he showed up in the world. I return to his home often even though he has been gone for close to 20 years now. When I am on the beach I still see him there. The postcard reflects his ghostly but comforting and enduring presence.

It is a lovely synchronicity that this assignment was due on Father’s Day.

I still remember you, Papa. 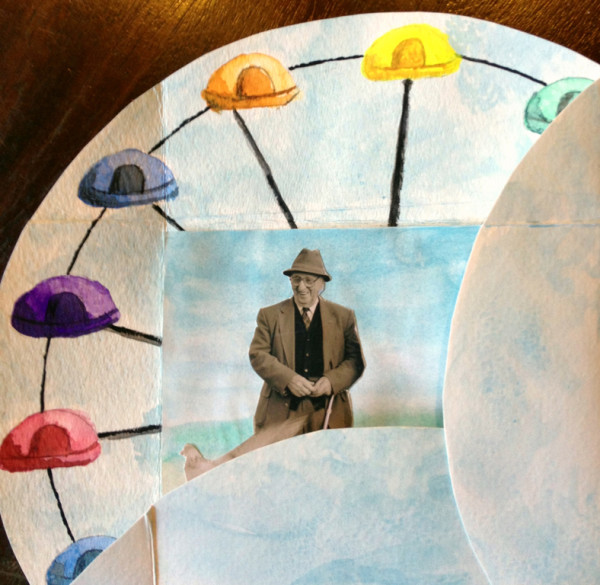