One Day: A Story of Integrating Loss 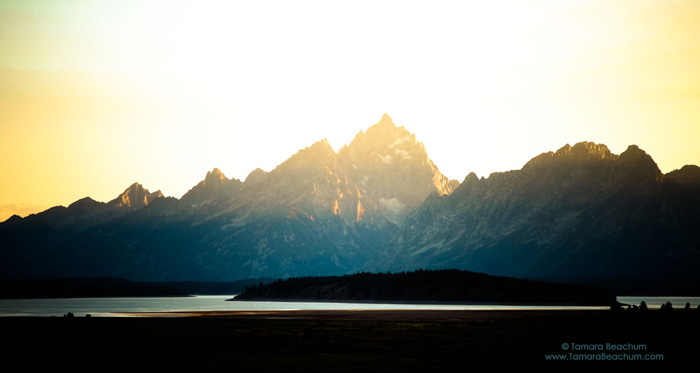 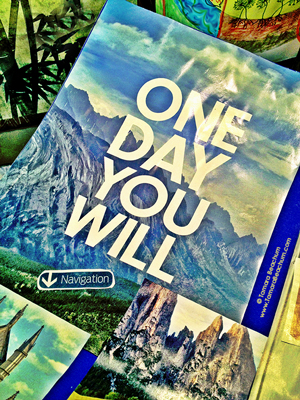 I flipped through a magazine while my son sat in the barber’s chair getting a back-to-school trim. A photo of a woman standing on top of a mountain peak, arms outstretched, with her body backlit by the sun caught my eye. She was clearly experiencing a moment of kairos time. The first line told me this was also a story of loss. The subject of the article, Jen Lacey, had made the difficult decision to have her leg amputated after it failed to heal properly from an accident.

Coming to the end of the piece I realized that, substituting a few words, I could have written the same.

“It’s hard to be a [widow]; I won’t sugarcoat it. But every day, I get more used to my [new life], and sometimes I even forget it’s there. You might think I’d dread having strangers ask questions, but I don’t mind—some of them are in a situation like I was, [pre-widowhood], and I can offer advice. Lately I’ve been mentoring new [widows] and hosting [widow] support groups, and it’s allowed me to help people, which is what I’ve always loved to do…

The best part: I wake up every day with hope…”

I’m not saying I understand what it’s like to be an amputee – clearly I don’t – but this is the closest analogy I can think of to explain what life feels like as a widow.  A part of me was severed when Ken died.

We spent our young adult lives in each other’s orbit and grew into maturity together. We became parents and experienced all of those firsts as a team. We went from newbies in our respective careers to seasoned professionals. We learned what fed our souls and while that wasn’t always the same thing, we experienced life, circumstances and places through the other’s eyes. We had to adjust at times and we did so, sometimes gladly and sometimes…not. It wasn’t always easy but it was good; we fit. He stretched my sense of adventure. My support allowed him to flex his creative muscles more than he could have alone. Our lives intertwined and when he was gone I wondered who I was without him.

I worked at the kitchen sink one night rinsing dishes. It was the night before Ken’s chemo and radiation treatments were to begin. “You’re going to feel like you’ll never feel good again,” I said. “But you will. It will take a while but one day you will.” “I know,” he said. “Remind yourself of that when you’re at your lowest,” I encouraged. He nodded.

That day did come. He was in remission and proudly wore his 100% back t-shirt. He started shooting again, he watched our son play baseball and cheered our daughter on from the stands during soccer matches, and we took a hard-earned long family vacation to the national parks of Utah and Arizona.

But then the cancer returned. When he was in the process of actively dying, this conversation replayed in my mind. This time I thought about it in the context of my grief, my overwhelming, heavy, all-consuming grief. I told myself that one day I would feel better though I could not imagine how. My therapist had suggested I say “stop” out loud when thoughts of the uncontrollable future caused anxiety to well in my chest. As I stood on the edge of that day I had dreaded and could not prevent I changed that mantra. “One day,” I whispered.

I realized as I waded through the months after his death that the five stages of grief I learned in college did not apply (a subject for another day.) I was quite aware of exactly what was happening and the sweet relief that denial would have been never came. I was not angry. I did not bargain to undo what I knew could not be undone. Depression? Well, OK, that one I’ll concede to.

Acceptance was a word that, I’ll admit, caused me real trouble. I felt that I would never achieve acceptance because his death was, simply, unacceptable. If acceptance meant I would feel better and be able to move forward in life – my “one day” – then maybe I could grant that thought. I prefer the term ‘integration’ however. Just because Ken died doesn’t mean I stopped loving him. And I don’t have to stop…ever. I have and will continue to integrate Ken’s love, what I learned from him and the loss of him and the new relationship I have with him now into my life.

A part of me was severed. It’s gone, not coming back. So I have had to learn to live this new life I have. It was and is still hard at times. Phantom pain still hurts acutely. I am walking on new legs.

I looked around and found those pieces of who I am and I’m using them to create my life going forward. I did it by taking up pencil, brush, glue and scissors. It came from looking through camera lenses, traveling to places I still wanted to go, and by writing to you. I let go of what was not feeding my soul. I located the woman inside me who wanted to care for her children, rather than a corporation. I kept my heart open to love and refused to let fear direct my steps. 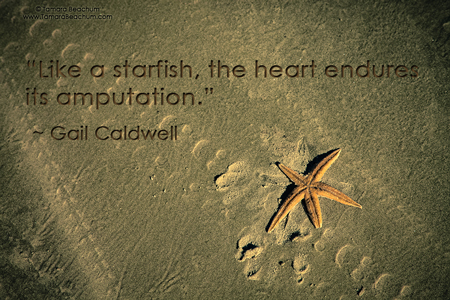 I have been fortunate to have a new relationship and partner come into my life. He is not a replacement for Ken. One person cannot replace another. The amazing thing about us as humans is that we have an infinite capacity for love. We love all of our children, not just the first. We keep the love of those who touch us deeply even if they are no longer alive. Love is inclusive.

I’m not sure exactly when it happened but “one day” has arrived.

Here’s a link to the article that inspired this post in case you’d like to read it.